The design of the hotel was inspired by the Modernist tradition which emerged in Sarasota in the late 1940s, called ‘Sarasota Modern’, modernist architecture from Europe and its decorative style was adapted to suit the unique Gulf Coast climate. 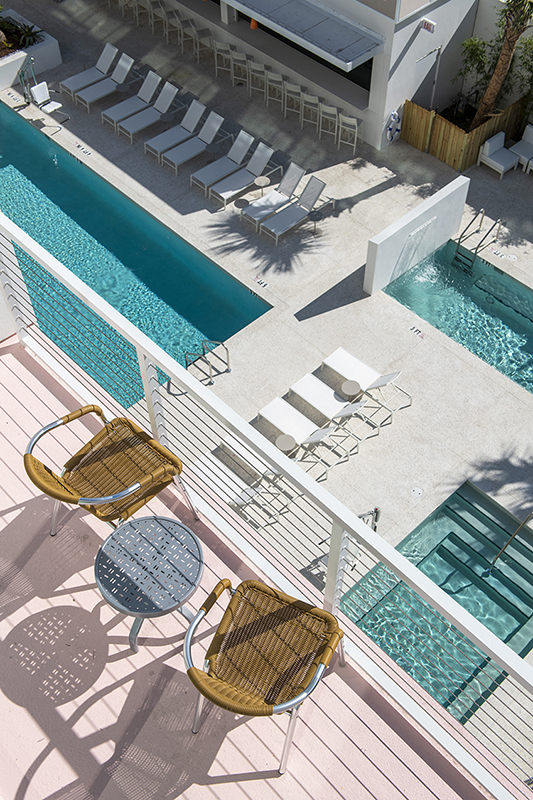 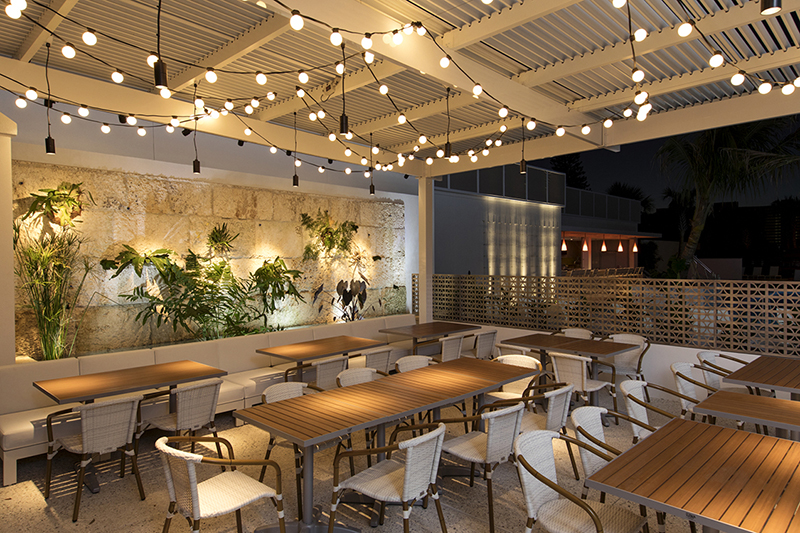 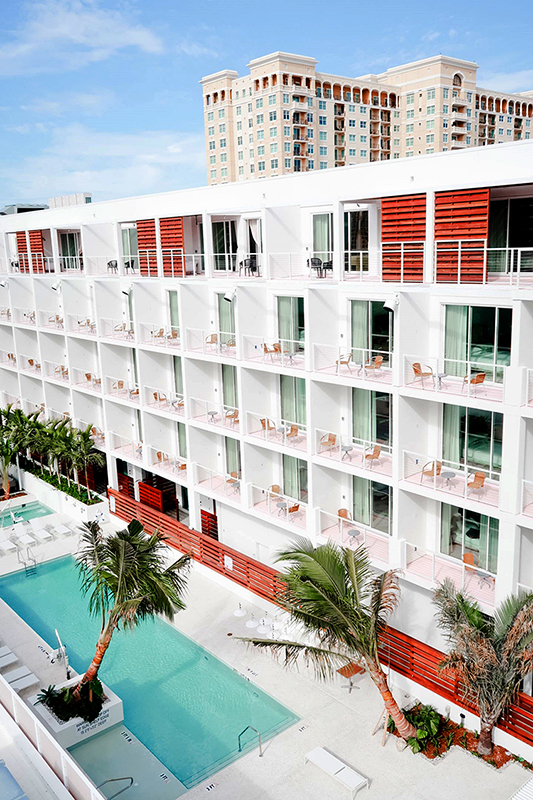 Gilbane was selected by the development group, Cincotta Companies, to build this boutique hotel in the city’s Rosemary District. The hotel consisted of 89 rooms and is situated on approximately one acre at the southwest corner of Boulevard of the Arts and Cocoanut Avenue, just east of U.S. 41.

Decor of the 89-room hotel was inspired by the local arts culture and featured key design elements influenced by this period that included richness of natural wood, large windows and sunscreens optimizing light and an indoor/outdoor flow.

The landscape architect had 25 Sabal palms indicated to be relocated, stored for one year, and planted back on site as part of the new landscaping plan. During construction, the project site did not have enough room to store and take care of the trees in a way that would allow them to be healthy enough to plant one year later. Gilbane analyzed the impact for both time and cost of the relocation of the trees to an off-site location. Removal of the trees and providing new Sabal palms at the end of the project provided schedule time savings as well as $10,000 savings to the owner. It also provided a one year warranty for the new trees after installation which would not have occurred if the trees were relocated.