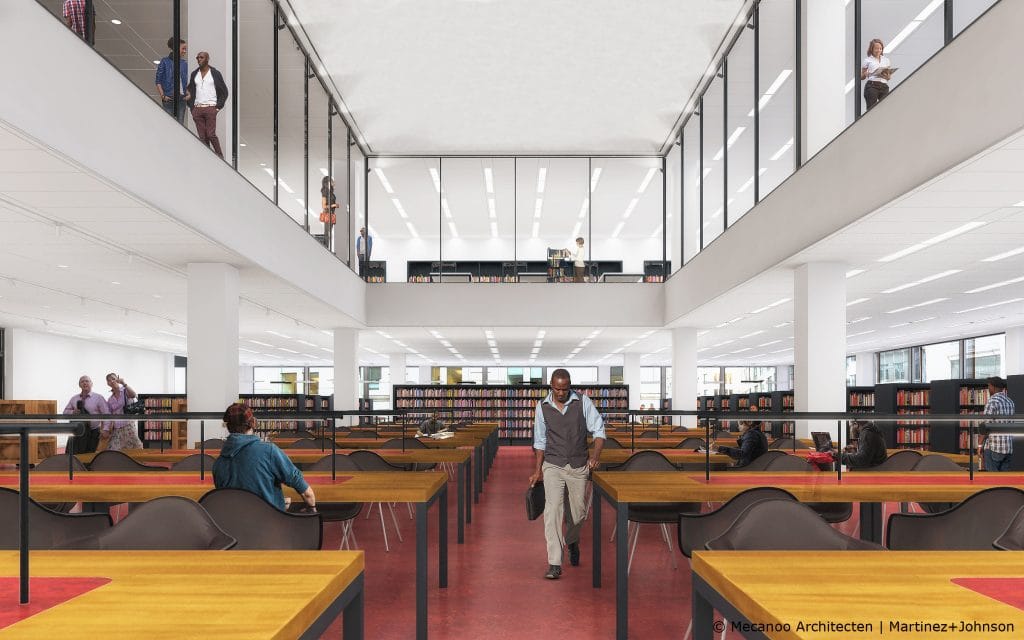 Type of construction: Renovation and addition

Gilbane, in a joint venture with Smoot Construction, was selected as the construction manager at-risk for the landmark modernization of the Martin Luther King Jr. Memorial Library. The new design concept, developed by signature design team Martinez + Johnson and Mecanoo, consists of a fifth floor addition to the existing building that will feature a two-floor performance and exhibition space spanning the fourth and fifth floors. The lower level will contain new creative spaces for fabrication, music and art. An extensive green roof space above the fifth floor will enhance the sustainability of the building, as well as open up space for the community to enjoy greenery away from the urban site of downtown DC.

In addition to the new spaces, restoration of the historic façade and replacement of the exterior glazing system will rejuvenate the beauty of Mies’ original design. The interior transformation will include integration of two new monumental stairs, total gut and reprogrammed build-out of the entire building, inclusive of new building cores, and construction of a new indoor and outdoor cafe. The new, modernized Martin Luther King Jr. Memorial Library will reopen in 2020.

Prior to the start of construction in May 2017, the DC Public library and the design team developed a program for the modernizations that will balance the pathways to knowledge, showcase the influence of Martin Luther King, Jr., respect the vision of Ludwig Mies van der Rohe, and create an inviting atmosphere for the community to enjoy. The team gathered input from more than 3,000 D.C. residents, which was ultimately incorporated into the final design. The Gilbane|Smoot joint venture is dedicated to using their expertise to deliver that unified goal for the Washington, D.C. community.