Providence, Rhode Island – December 7, 2017 – Gilbane’s Board of Directors is pleased to announce the appointment of three new Board members — Glyn F. Aeppel, Richard K. Allen and Michael E. McKelvy. “The diverse background and expertise of our new board members will benefit the company as we seek continued profitable growth and expansion. We have appointed industry leaders whose innovative perspectives and strategic thinking will add value for our shareholders, employees and clients,” stated Thomas F. Gilbane, Jr., Chairman of Gilbane, Inc. 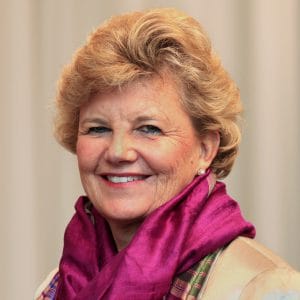 Glyn F. Aeppel is President, CEO and Founder of Glencove Capital, a hotel investment and advisory company that acquires, restructures and rebrands independent lifestyle hotels in major markets in the U.S. and Europe. Ms. Aeppel has more than 30 years of global experience developing and building hotel brands, raising capital and investing in hotel companies and assets for major companies. Prior to founding Glencove, she served as Chief Investment Officer for Andre Balazs Properties and has held executive leadership roles with numerous renowned domestic and global hotel and resort establishments. Ms. Aeppel has sourced, closed and financed investments totaling more than $2 billion throughout the United States and Europe. She holds a Bachelor of Arts degree in Economics and Political Science from Principia College in Elsah, Illinois, and earned her Master’s degree in Business Administration with an emphasis on International Business and Finance from the Harvard Graduate School of Business Administration. Ms. Aeppel currently holds board committee positions with Simon Property Group, Inc., AvalonBay Communities, Inc. and Exclusive Resorts, LLC and is an Advisor to Mosaic Real Estate Investors.

Richard K. Allen is the former Chief Operating Officer for Stantec Inc., where his leadership focused on the aggressive growth and profitability of their 400 global-wide locations. As former President and CEO of Dufresne-Henry, Inc., Mr. Allen led their major growth initiative in the Northeast region and later the sale of that company to Stantec in 2005 — transitioning into his COO role. Prior to that, he practiced law for 17 years with Gadsby Hannah, LLP in Boston, serving as an associate, partner and leader in the firm’s national design and construction law practice group. A registered professional engineer in numerous U.S. states, Mr. Allen earned his undergraduate degree in Civil Engineering from Worcester Polytechnic Institute; a Master of Science degree in Civil Engineering from the University of Washington in Seattle; and his Juris Doctor from the University of New Hampshire. Mr. Allen is a construction dispute arbitrator for  the American Arbitration Association and a Fellow in the American College of Construction Lawyers.

Michael E. McKelvy joined Gilbane Building Company in 2014 as President and Chief Operating Officer. In 2016, his role was elevated to President and Chief Executive Officer. Prior to joining Gilbane, he was Chief Delivery Officer at CH2M HILL Companies, Ltd., and for 27 years served in a variety of senior executive roles and assignments around the world. He has construction experience in more than 20 countries and expertise in a variety of delivery methods. Mr. McKelvy has 36 years of experience in design and construction and is a Registered Architect in 16 U.S. states and a certified member of the National Council of Architectural Registration Boards (NCARB). Dedicated to improving safety in the construction industry, Mr. McKelvy represents Gilbane on the Incident and Injury-Free (IIF) CEO Forum. He holds a Bachelor of Science degree in Environmental Design from the University of Oklahoma, a Bachelor of Architecture from Louisiana Tech University and has completed the Advanced Management Program at the University of Chicago’s Graduate School of Business. Mr. McKelvy is currently Chairman of the Board for Meeting Street in Providence, Rhode Island. Previously, he served on CH2M’s Board of Directors; as Chairman of the Board for CWI, LLC and for CH Plateau Remediation Company (CHP); and as a board member for the Professional Services Council (PSC).

Gilbane, Inc., based in Providence, Rhode Island, is one of the largest privately held family-owned construction and real estate development firms in the industry. Founded in 1873, the company has active participation from the 4th, 5th and 6th generations of the Gilbane family. Concentrating in select markets throughout North America and internationally, Gilbane is an industry leader in construction and real estate development. Learn more at www.gilbaneco.com